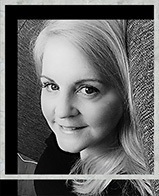 Janis Turk is an award-winning independent travel journalist and photographer whose new book Frommer’s TEXAS was recently released in stores nationwide and on Amazon.com.

There’s a good chance you’ve seen Janis Turk. Perhaps you’ve passed her in an airport as she’s jetting off to her next assignment, or maybe you’ve seen her in a travel segment on television or on CNN’s Airport Network. Perhaps you’ve picked up one of her books. Maybe you’ve heard her on the radio or a podcast for Frommer’s Travel, picked up a magazine or a newspaper, read her byline and seen her photography. Maybe you’ve turned to her hotel reviews for advice. You may have even drooled over Turk’s culinary photography in a cookbook, like her photos at Restaurant Cochon, New Orleans, in the James Beard Media Award-Nominated, Come in We’re Closed’. It’s more likely, though, that you’ve seen her travel features on popular websites like www.travelchannel.com or www.GoNOMAD.com. Awarded the silver prize in the New York Travel Festival competition for travel literature in 2013, Turk began in journalism as a reporter for small-town newspapers and has since been the managing editor and travel editor for several magazines, as well an English professor at three universities. Today, she is an full-time writer and traveler. Besides her home with the family she loves, Turk says the best place she’s ever been is on the road.

For my part, I travel not to go anywhere, but to go. I travel for travel’s sake. The great affair is to move, to feel the needs and hitches of our life more nearly, to come down off this feather-bed of civilisation and find the globe granite underfoot and strewn with cutting flints.